Lee Sang-hoon was appointed chairman of the board of Samsung Electronics two years ago in a movement aimed at increasing transparency in the company by dividing the roles of CEO and president.

Lee Sang-hoon was sentenced to a year and a half in prison last December on charges of violation of labor laws.

Samsung senior executives have been in trouble with authorities lately. Jay Y. Lee, the de facto head of Samsung, was convicted of perjury, embezzlement … 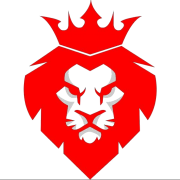 vivo S1 Pro to launch in India next month